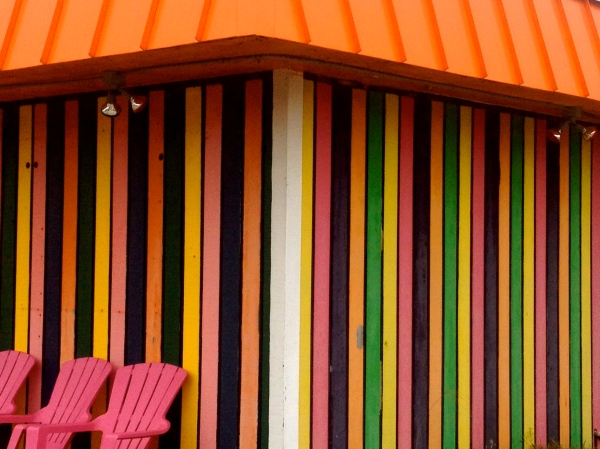 Jammed next to the Atlantic Ocean, on that thin wisp of land called the Outer Banks, North Carolina, there’s a roadside stand flaunting retro-modern stripes and the promise of fried bologna sandwiches.

Across the beach road in Nags Head, a series of shingled black ghosts built during the 19th century; wood weary and structurally forgiving, set next to the surf, daring the  hurricanes to come and get them.

Remarkably, the “Unpainted Aristocracy” houses (some of them constructed of wood reclaimed from shipwrecks) have withstood the onslaught of weather and water. Look how they’re raised on stilts to allow the sweep of water underneath, while guests visiting from the plantations sprawled on the wraparound porches.

Cape Hatteras Lighthouse, the tallest in the USA, wears a modern black and white daymark on its brick tower. 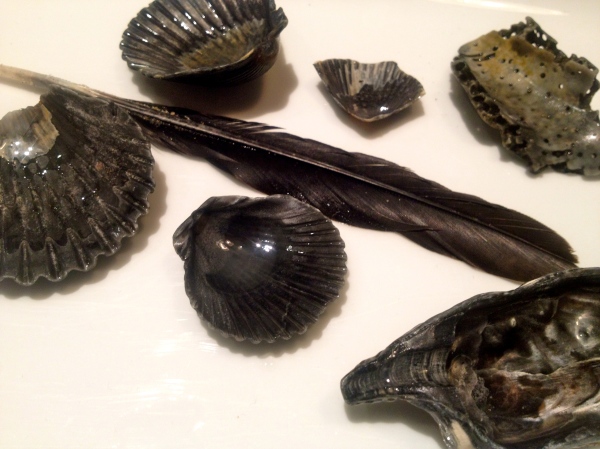 The distillation of colours mimic the black shells and feathers on the vast Hatteras beach.

Inside, the tightly-wound spiral staircase is an honest interpretation of nature…

with a complex geometry that has inspired countless stair designs, from the one uncoiled in Gaudi’s  Sagrada Familia basilica to the one spiralling through the Cape Hatteras lighthouse.

Address: the southern tip of Outer Banks, where the lighthouse keeper once reported that he and his wife and their multiple children never felt lonely.