Room with a view, at sunrise. Looking out over the Hauz Khas, a 13th-century Mughal complex of higher learning, with a mosque, madresa, college… 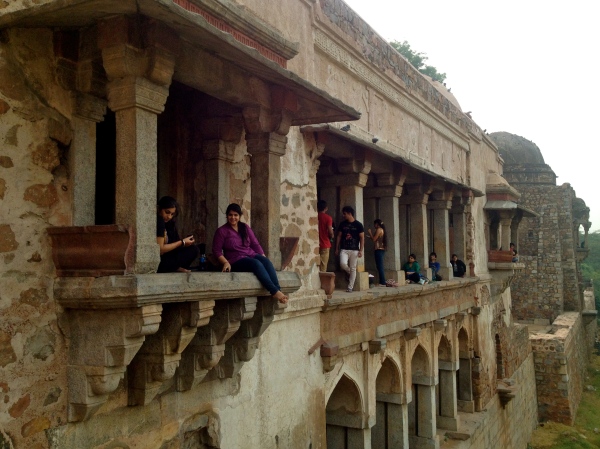 These days, students retreat to the Mughal-era ruins to escape the intense density of New Delhi. Views give out over an expansive, historic ‘tank’ of water. 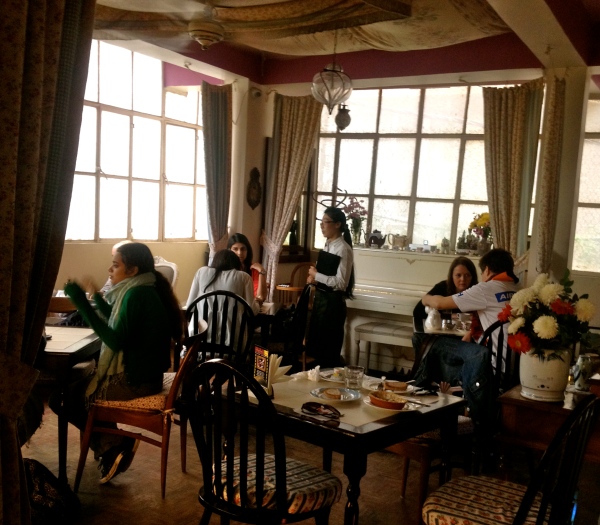 Hauz Khas is a hip, designer-rich, walkable neighbourhood – a rare find in India.  Our apartment, rented via Air bnb, allowed views to the Mughal-era complex but also, at ground floor, to men hauling wooden carts travelling along the narrow streets along with school children in uniforms who would sometimes stop to say a prayer in front of the neighbourhood Hindu shrine.   This tea salon discovered up a steep flight of stairs, next to a bakery.

Monkey with a view.

Through the dust, heat and travelling at high speeds…view from a crowded rickshaw, en route to the Taj Mahal.

Room with an unparalleled view. The Taj Mahal, a love story.  Mughal Emperor Shah Jahan’s domed mausoleum in white marble for Mumtaz Mahal, his beloved wife and mother of their 14 children.