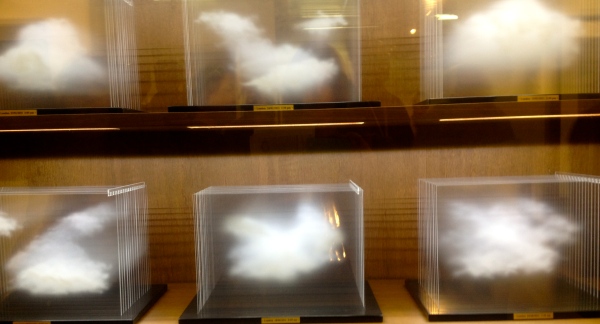 Last weekend, I went to NYC’s Armoury Show 2012 to see art from around the world, and found plenty by the South Americans to dream about:  Fluffy mini clouds caught between layers of plexiglass by the Argentinian artist, Leandro Erlich. (Sold, apparently, for $65,000.) 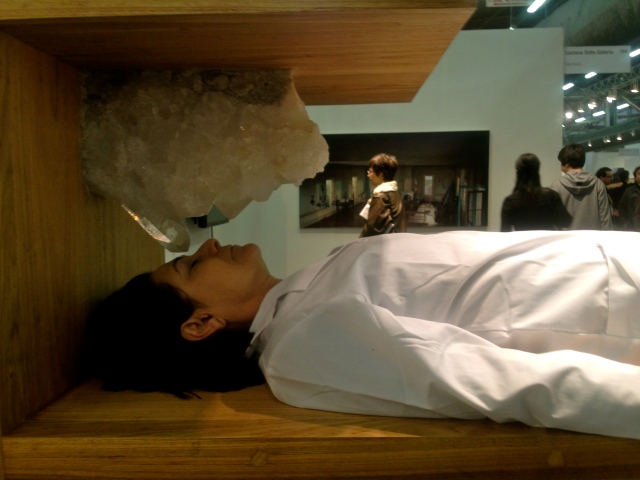 I thought she was made of wax, until I circled back after an hour and noticed that she was not merely still, but still breathing.  Bed for Human Use, 2012, Luciana Brito Galeria of Sao Paulo, Brazil, as conceived and dressed by artist  Marina Abramović. How do you install this – her – in your living room? And, would she agree to share that rockin’ crystal? 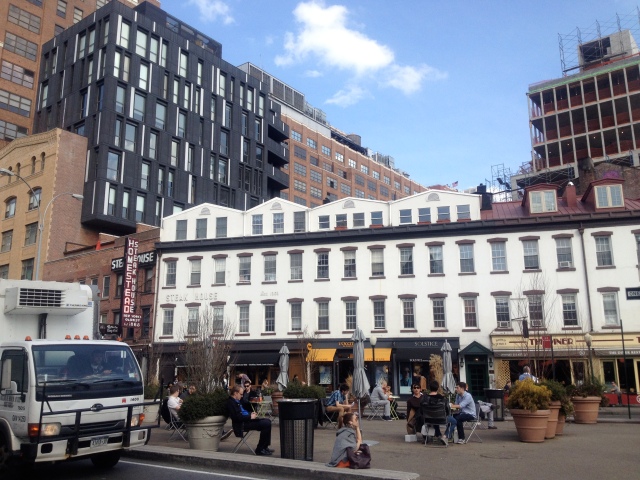 Travelled south along the Hudson River and discovered newly created public space in the Meatpacking District, where historic architecture still matters as much as contemporary condos and people are starting to matter more than trucks and cars. That’s the art of urbanity, and my pick for #3. 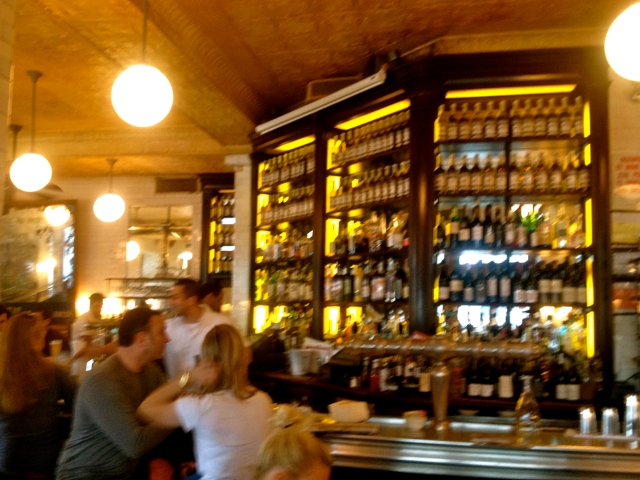 Across the street, there’s the radiant-cool Pastis restaurant, where New York and Paris artfully intersect, and wine comes in glass tumblers and  the bartenders rarely smile even if the arugula salad is divine.

Look up and around and you’ll find work #5: grafitti and collage laid on thick on a wall in the Meatpacking District, 2012. 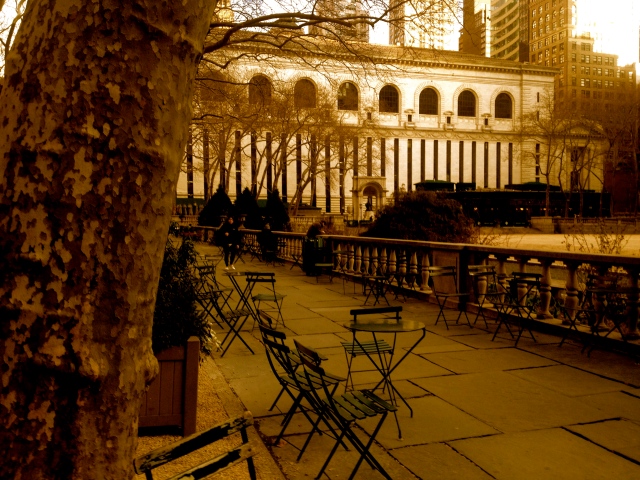 Late afternoon, Bryant Park at 42nd Street: an artful arrangement of Plane trees, sage-green chairs (just like the ones in the Jardin du Luxembourg) and the Beaux-Arts symmetry of the New York Public Library by Carrere and Hastings architects.  Another reason to stand up for cities, then sit down and luxuriate in the middle of artwork #6.